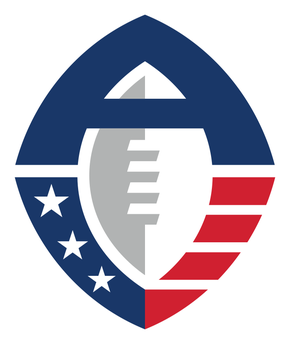 Heard of the Alliance of American Football (AAF)? The new American football league launched a week after Super Bowl LIII, kicked off to over two million viewers for its debut game. Its second week pulled in 400,000 viewers.

Not bad, but news broke over this past week that the league needed an injection of $250 million from one team owner (Tom Dundon), just so the league could make payroll. Two weeks in, struggling to make payroll is not a good look for the AAF.

“I understood they had a need for someone like me to step in. It all came together on Wednesday and Thursday of last week. I wish it was more thought out than that, but it was that simple.”

Tom Dundon, comments to ESPN on giving $250 million to the AAF

How close did the fledgeling league actually come to shutting down? It was close, real close, according to The Athletic.

“Without a new, nine-figure investor, nobody is sure what would have happened. You can always tell people their checks are going to be a little late, but how many are going to show up on the weekend for games when they don’t see anything hit their bank accounts on Friday?”

Unnamed source, talking to The Athletic

Given that the AAF had a clear cost structure ($250,000 contracts for players, over three seasons), and numerous broadcast deals (with CBS, Bleacher Report and also the NFL Network), how could it come so close to closing inside the second week of its debut season?

In fairness to the AAF, it does have some recognisable faces, current players like Trent Richardson are playing, with coaches including people like Steve Spurrier, Michael Vick and Daryl “Moose” Johnston.

Interestingly the AAF was founded by Charlie Ebersol, a TV and movie producer, who directed an ESPN “30 For 30”, entitled “This Was The XFL”, on his father, Dick’s, failed bid to take on the NFL with a new league with Vince McMahon in the early noughties. He founded the league with football guru Bill Polian.

“When I started to dig back into that a couple of years ago to do the film, I started seeing how the potential was never met in terms of what you could do with football. You had lots of people show up. They just showed up to bad products. So if you really focused on having a good product, there’d be something there.”

Charlie Ebersol speaking about the XFL, to CBS Sports

What Approach Is The AAF Taking? Selling To Other Pro Leagues

Let’s get it straight from the off. The AAF is not trying to take on the juggernaut that is the NFL. In fact, with the NFL’s NFL Network showing games, it looks like the AAF is actively courting the NFL’s interest.

As you can see from the below summary of the AAF, it is seeking to simplify the game, make it quicker and, interestingly, trying to make the league tech-heavy.

Specifically, it wants to marry the league closely to betting. If you go on the AAF’s website, the first tab invites you to download its app. This is really where Ebersol wants to take the AAF. Get people on the app, and with a new liberalised gambling environment in the U.S. (read more about that here in this post from BusinessOfSport.Net), get a market on the “in-play” betting audience. The AAF has already partnered with MGM, who has an exclusive license for its sports gambling technology.

This is where the real money lies and why the AAF is aligning itself so closely to betting. Not only this, the league is collecting copious amounts of player data to feed into its model and help fans make informed choices on who and what to bet on. Not only this, Ebersol has a clear vision to “white label” the AAF’s technology and sell it to other leagues.

“The long-term goal is to build a technology company that has a multi-billion-dollar valuation, and so we’re going to invest heavily in putting good football on the field that mimics in the NFL in terms of the quality and the type of play, so that our technology can travel to not only the NFL, but other sports and other industries.”

As mentioned, the AAF’s model to position itself, not only as a technology company, but also a potential partner to the NFL, clear marks out what the founders are trying to achieve.

They want a professional league to buy it out. Like any startup firm. Even if this doesn’t happen, the AAF could become a good feeder league to the NFL, much like NFL Europe was (unearthing Hall Of Famer Kurt Warner for example).

Despite this, if the league is already struggling to make payroll, this is deeply worrying for its long-term viability. We will see what happens next but after a promising start, the odds on the AAF surviving don’t look good.

What is Vince McMahon making of this? Read more about the XFL before it launches here, and also about why this other rival league failed here too.

iThere are no comments

Begin typing your search above and press return to search. Press Esc to cancel.